No matter the size of the project, when you have architectural scholars, decades of construction experience, award-winning designs, and unbeatable craftsmanship – then the process becomes fascinating, fun, and fulfilling for everyone involved.

This is one story of an epic project in Stillwater – the epitome of custom-designed additions and a whole-home renovation. 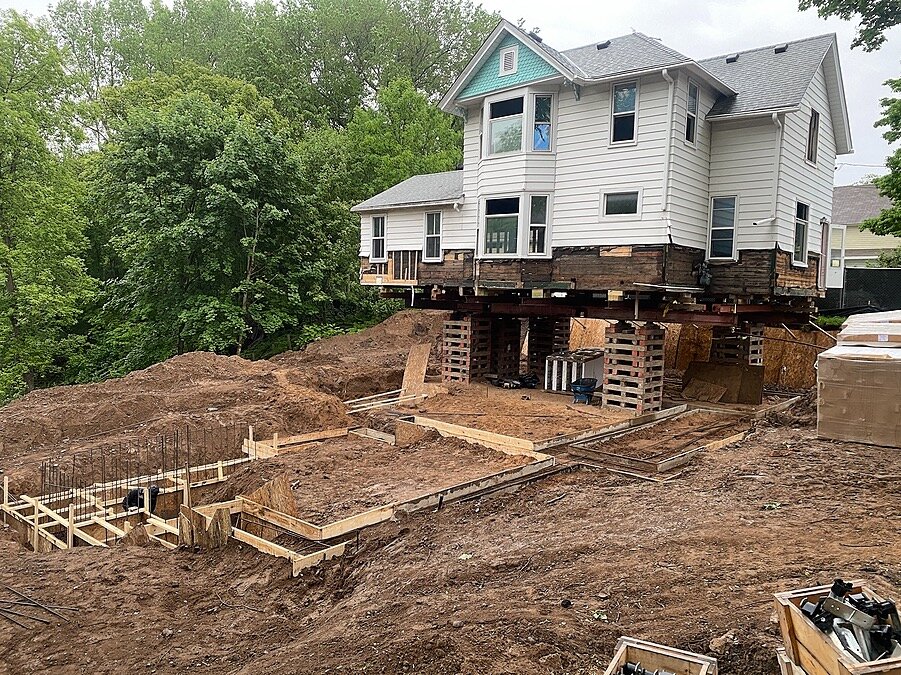 First Built in 1878, our team was charged with bringing life back to this late 19th-century American foursquare home near downtown Stillwater Minnesota. These older homes often require a special touch, and always demand greater attention to detail. Whole home remodels are no small task, and we’re up for it.

Originally scheduled for completion in 2022.

Great bones – 143 years after its initial construction, this home in Stillwater would be officially charted for a major renovation with Custom Craft Builders on April 13th in 2020.

One year after handshake agreements were made, and after many months of planning, deliberation, and engineering, interior demolition would begin, and amid a global pandemic, we began demolition of building materials and throughout several rooms of the home.

We began with topical flooring removal which exposed 3/4” tongue and groove Oak hardwood flooring that had, unfortunately, seen decades of neglect. A couple of days later we pulled interior coverings and began with the second-story interior demolition.

Part of the renovation process encompassing a property from this timeframe is to ensure the entire structure from foundation up is ready. In this case, that meant we needed to lift the property off of its 143-year-old foundation after all interior non-structural demolition has been completed. This allowed us to complete exterior excavation — with parts of the existing foundation removed — and gave us the ability to add steel beams under the structure. Some additional excavation was completed to prepare for added foundation footings.

It can be the most tedious but critical component of any structure — the foundation will set the literal building blocks for our remodel. Perfection is required at this phase.

In May of 2021, with a solid foundation in place, it was time to start assembling bearing walls, but these were no ordinary walls.

This project was going to be built to last – and we were just getting started!

Check out our Project Portfolio to see the end results of this project!