A home addition is a fantastic way to add square footage to a space while providing a cost-effective floor remodel.

As homes continue to age, it’s imperative that maintenance be followed, and oftentimes will lend itself to a worry-free home for decades. However, after nearly fifty years of harsh Minnesota winters, and blazing summers, all structures will require some kind of invasive remodel.

Remodeling is fantastic from a cost-effectiveness standpoint, and often can be the answer to many problems homeowners may face.

After decades of providing a comfortable home for this Stillwater family, it was time for a full remodel and addition to start — March of 2021.

This 12’ x 24’ addition will add lots of interior square footage, allowing for a modern kitchen to revitalize this 1980’s home.

Making use of Insulated Concrete Form (ICF) walls, we once again create a fantastic wall system that battles the Minnesota cold and heat with immense efficiency. Once we finished framing and made the new addition weather-tight, then we began tearing down the old walls and working on the second-story framing and sheathing so the structure was ready for roof trusses.

Trusses were hoisted to the roof and secured in place in July 2021.

With the trusses in place, the roof sheathing was the next step to begin to form the roof. Shortly thereafter, with the exterior roof primarily completed on the new addition in place, the interior demolition began more invasive stages — tearing out everything down to the studs in many cases.

A few days after the demolition began we were able to start the intricate process of taking down walls to accommodate a more open design. This requires a dance of removal while shoring up exterior walls that were load-bearing so we can make it possible to transfer that weight to the new addition’s framing.

The addition and the old structure were fully mated by mid-July of 2021.

Andersen Windows was installed, the entire structure weather barrier wrapped, and siding and interior work reconstruction began by the end of July. And, by mid-August, the interior drywall work was completed, taped, and electrical work installed!

Kitchen cabinetry and finish work began in late August of 2021.

Pulling the kitchen together with custom cabinetry allowed for the homeowners’ vision to really come together. And the final steps of putting the flooring in, and finishing spaces with trim work, custom built-ins, lighting, and paint were all completed by that fall.

Additional Images from the Project 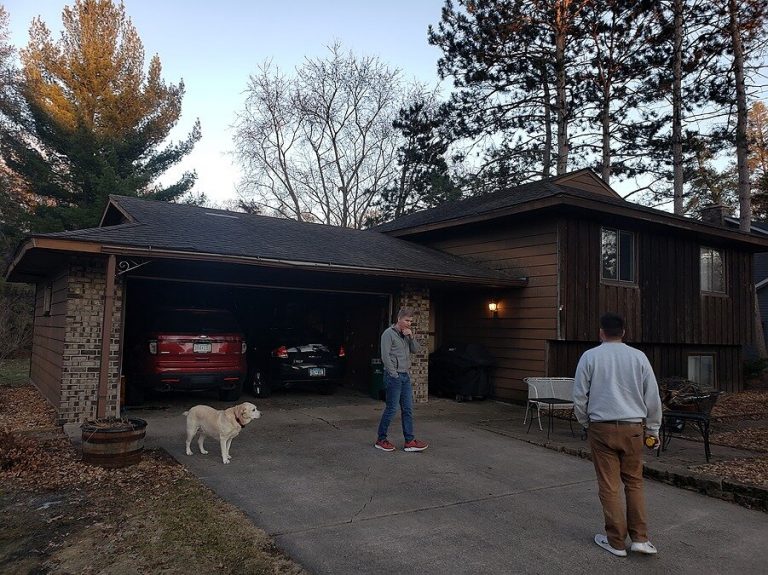 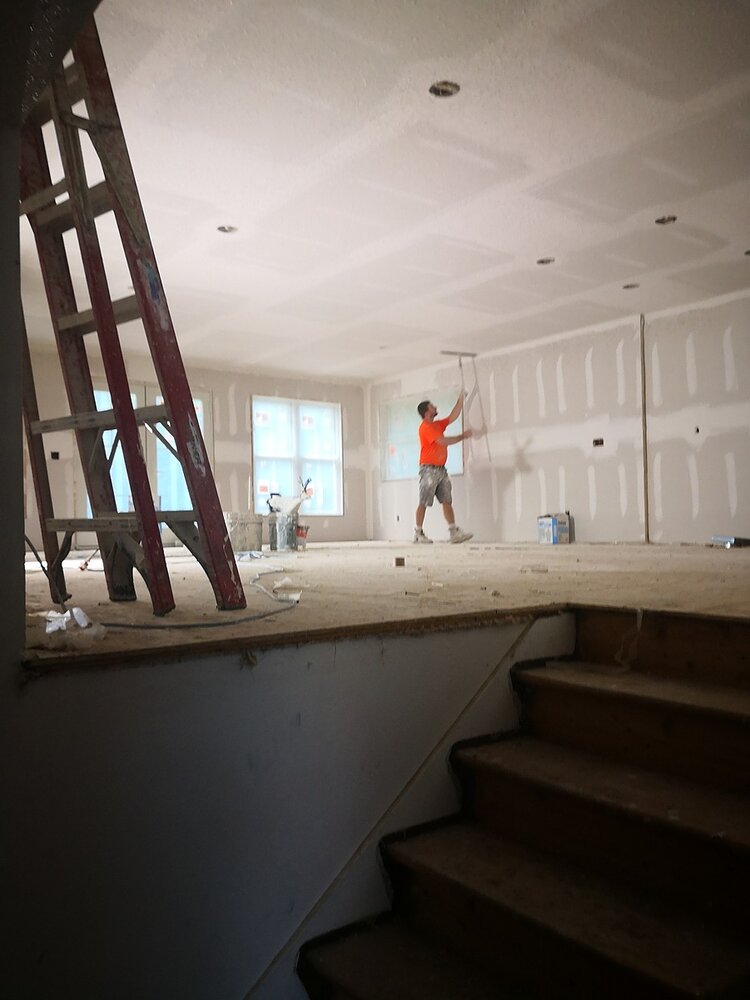 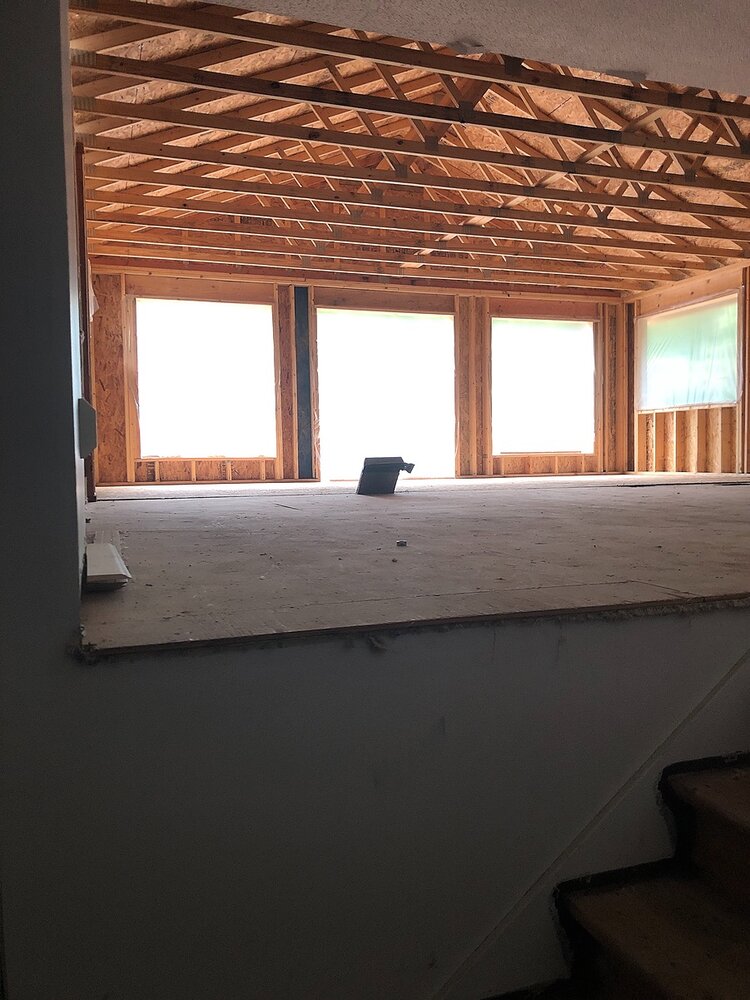 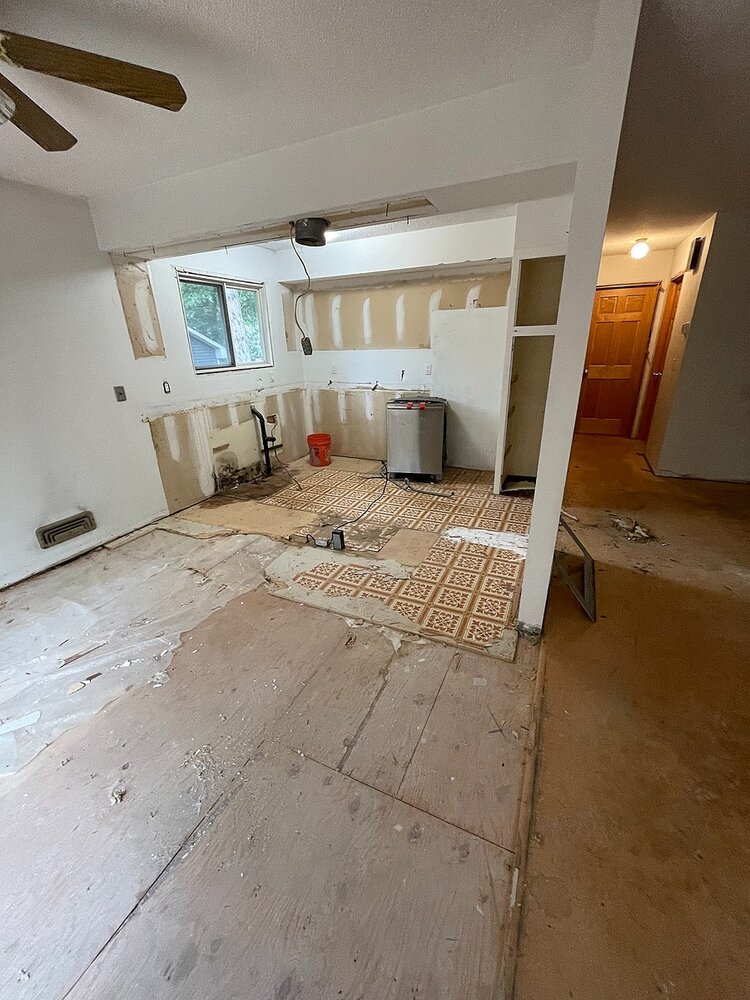 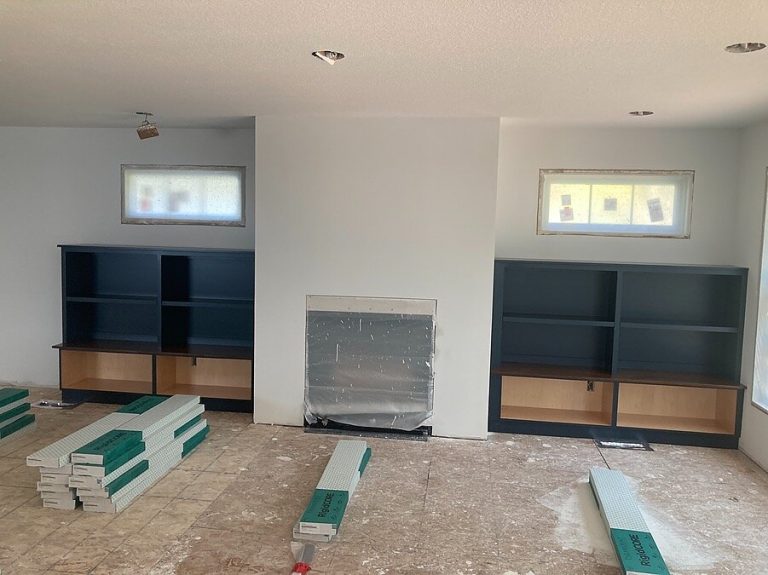 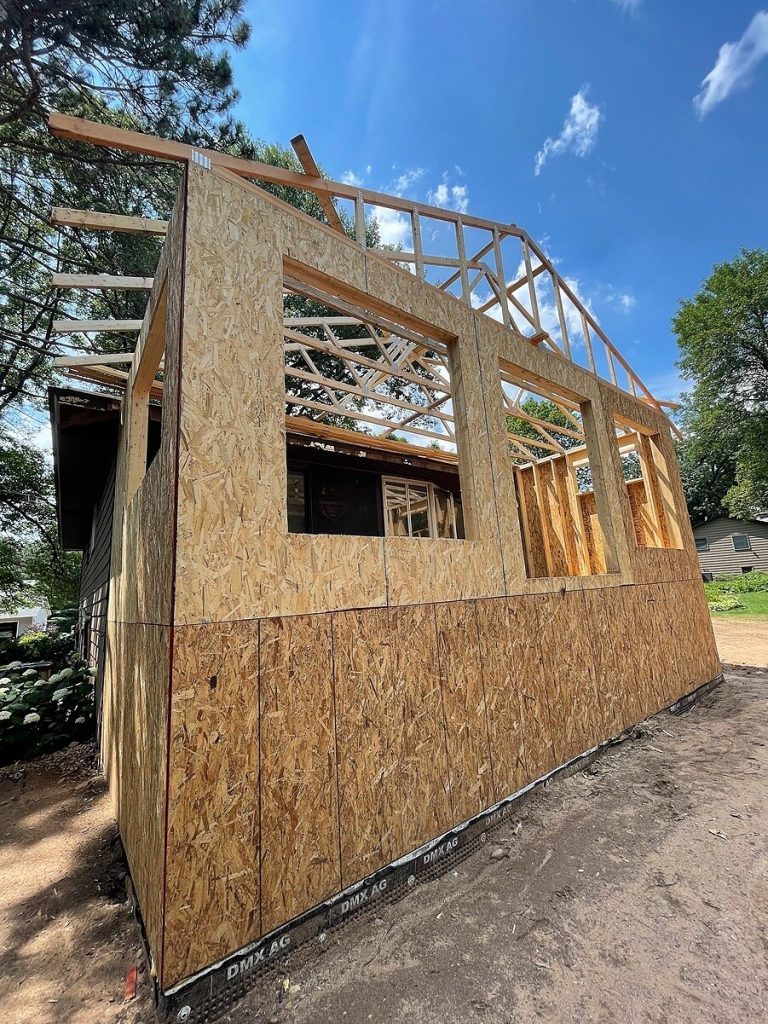 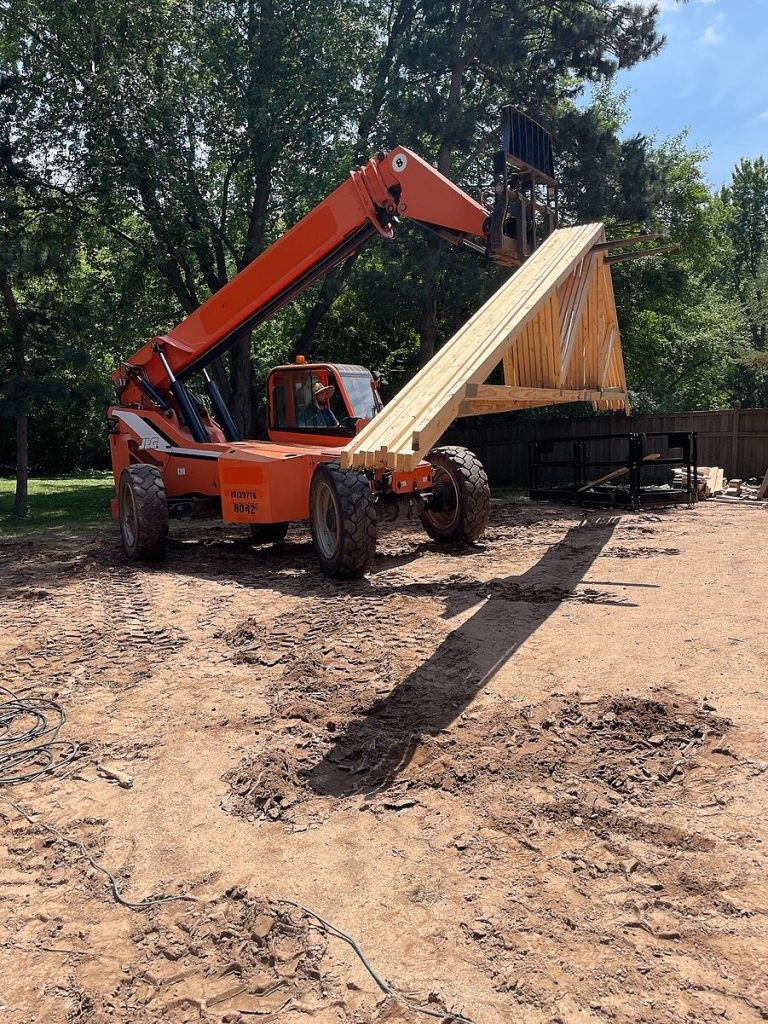 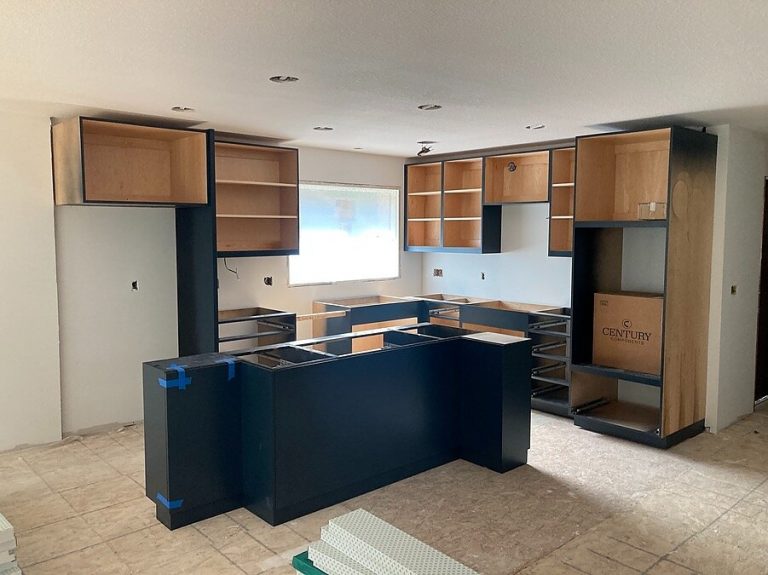 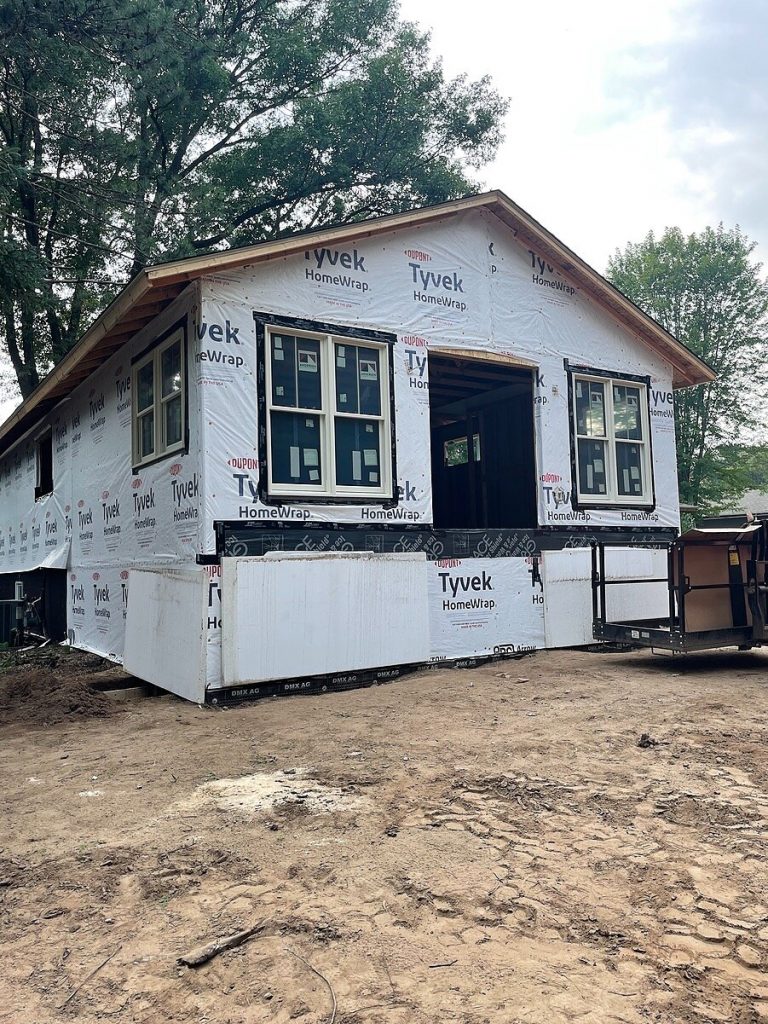 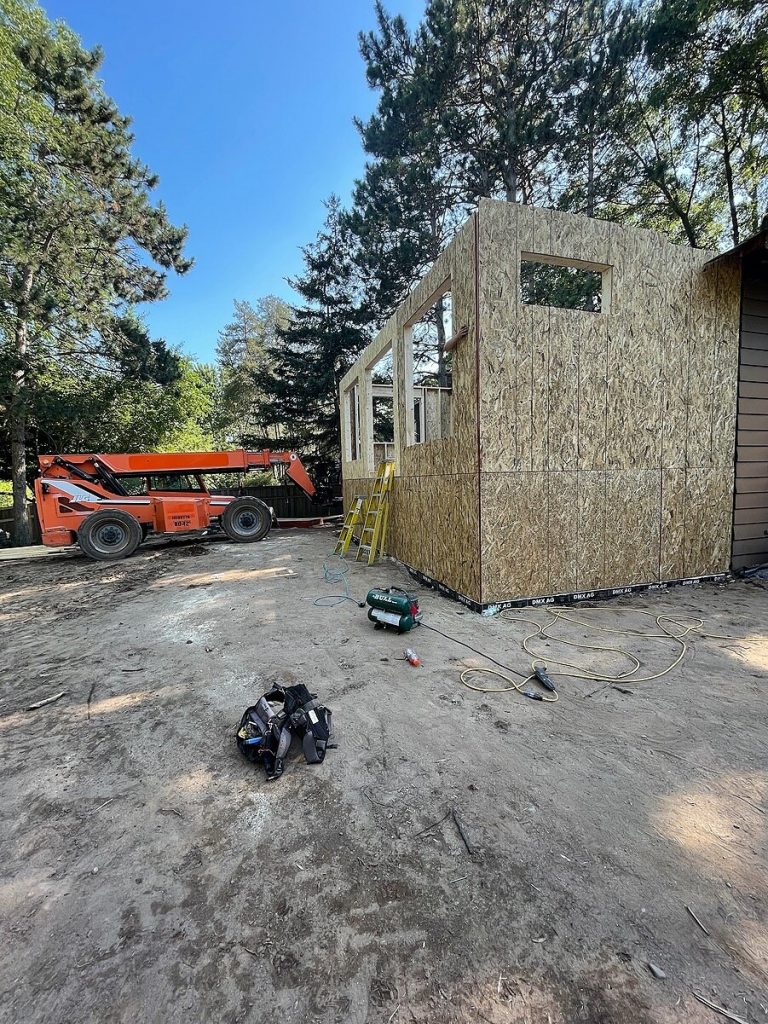 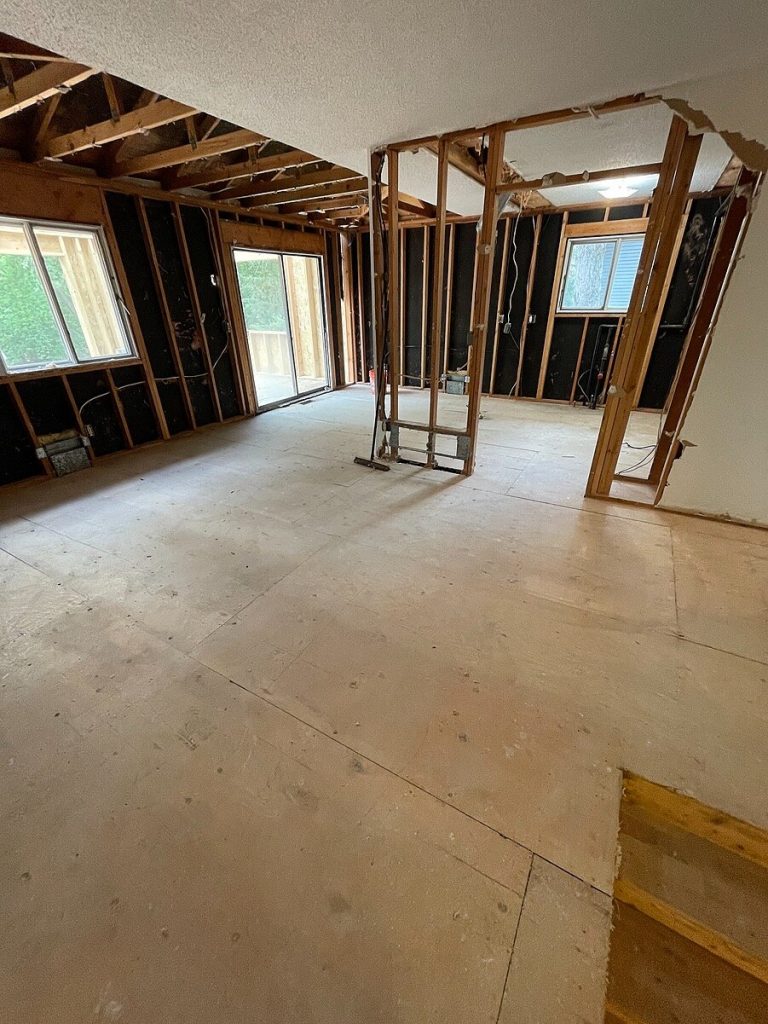 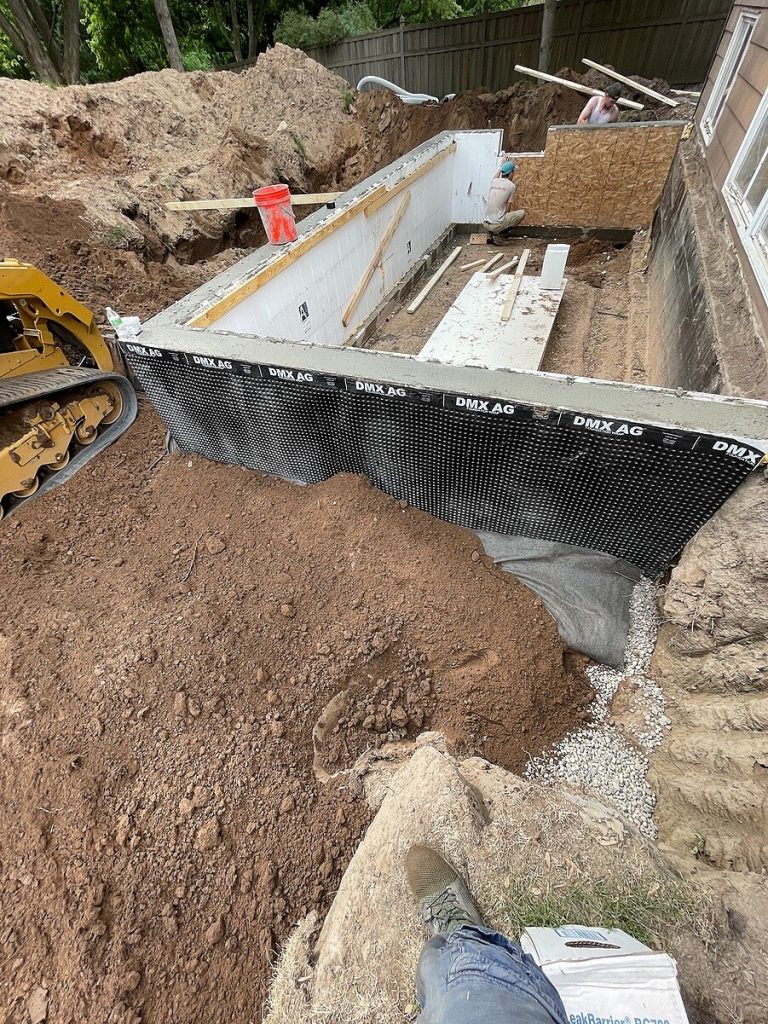 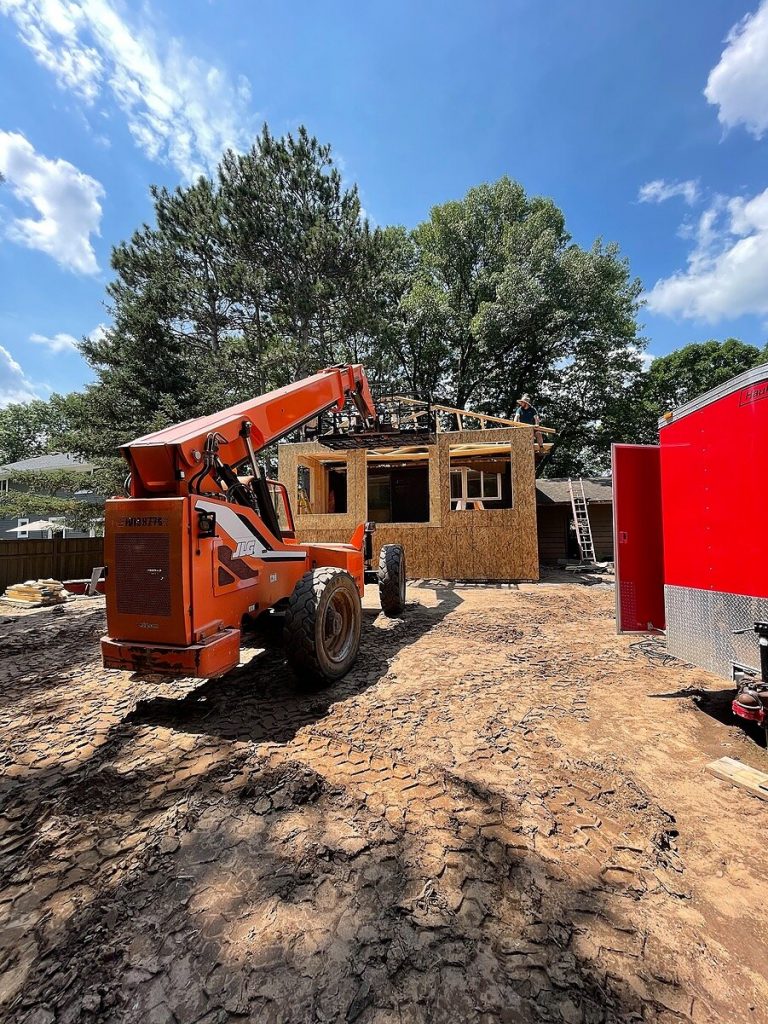 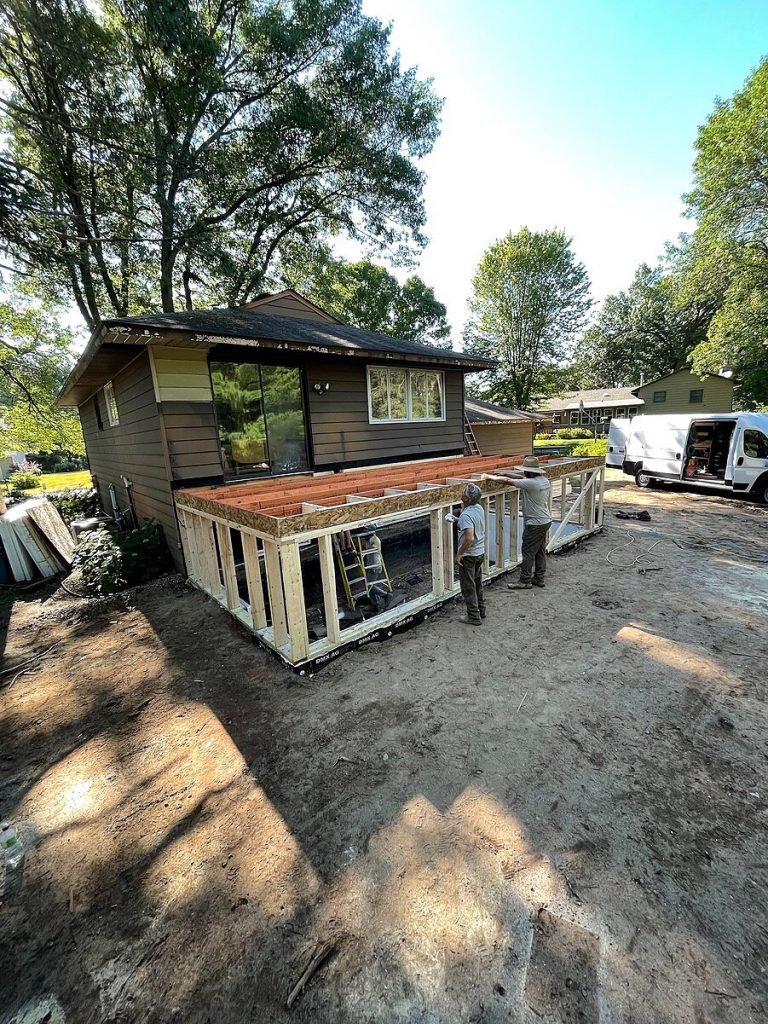 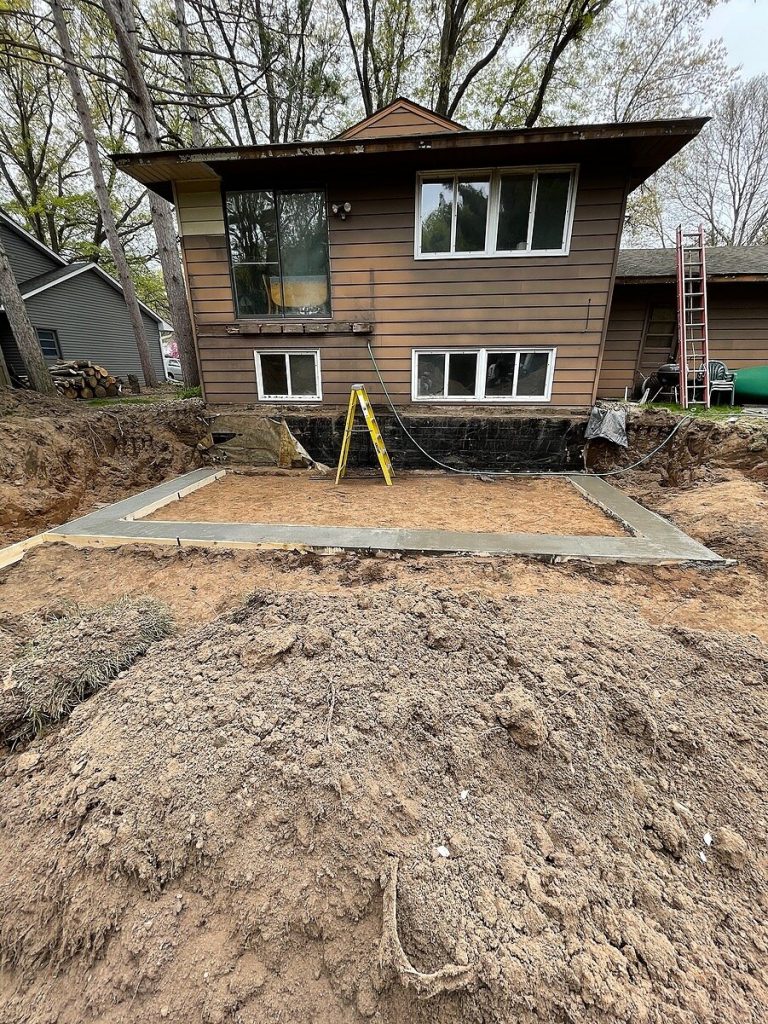 Previous Project
Back To Portfolio